The top brands by sales & market share plus current trends shaping the server and storage industries.

2020 was a year of extreme volatility driven largely by the COVID-19 pandemic. Millions of people were suddenly forced to work and socialize from their homes, which had a sizable impact on the global server market. While conditions are expected to begin to normalize in the latter half of 2021, the trend from 2020 is clear: the global server market continues to grow fast, but that growth was driven almost exclusively by original equipment designers (ODM’s) that provide commodity hardware for the large cloud providers. Brands that rely heavily on enterprise sales like Dell and HPE still lead the pack in terms of market share, but both brands saw their sales dip for the year.

According to data collected by the International Data Corporation, global server revenues increased 19.8% year-over-year bringing the total market size to just under $24 Billion dollars by 2Q20. The increase in sales skewed heavily towards ODM’s like Supermicro and Wiwynn that sell direct to  large cloud and data center customers like Amazon and Google who provide the infrastructure necessary to make work from home possible. These ODM’s had a whopping 63.4% increase in server sales.

Here’s how the total global server market looked by the end of the second quarter 2020:

Despite the downtick in enterprise spending, the overall market share leader in 2Q20 was still HPE, which captured 14.9% of the total server market and $3.58 billion dollars in revenue. Following closely behind HPE was Dell, which captured 13.9% of the market and $3.34 billion dollars in revenue. While both HPE and Dell continue to hold dominant market share positions relative to their competitors, both brands saw their year over year revenues decline by 1.8% and 12% respectively. 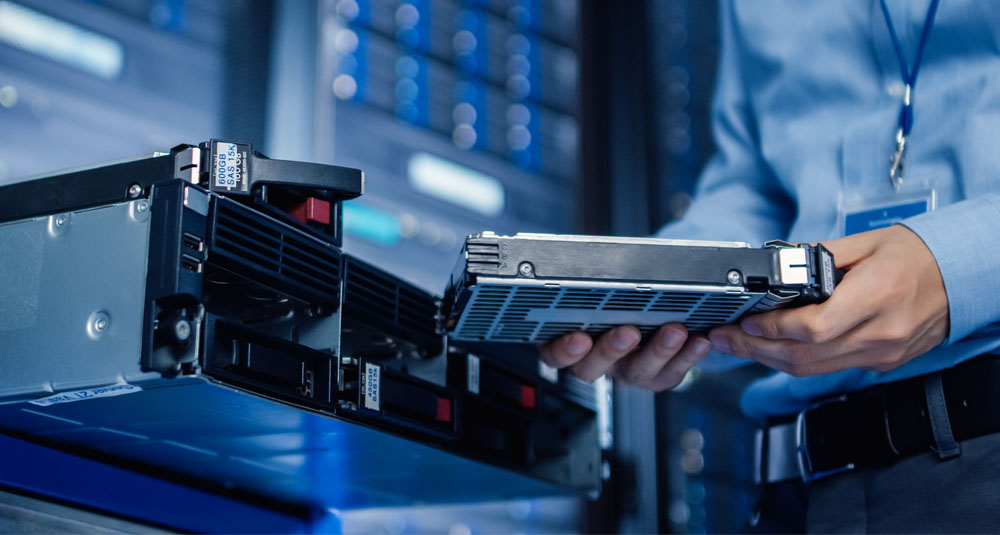 It should be noted that IDC considers any projection within one percentage point to be a statistical tie so the final market share rankings for 2020 are as follows:

Click here to view the full report from IDC

Intel’s x86 is an instruction set architecture (ISA) for computer processors. In short, it refers to the way the server’s processor handles information. Of the top 6 selling server brands worldwide, 5 utilize Intel’s x86 architecture exclusively – with the sole outlier being IBM. Since Lenovo bought IBM’s x86 server business in September of 2014, IBM has relied on their home-grown Power Systems ISA for servers and zSeries mainframe systems. The 2Q20 data from IDC shows that while the defacto Intel x86 architecture still dominates the market with total global sales of $21.6 Billion, it’s year over year growth was only 17.4%. Conversely, IBM and it’s Power System servers grew by 47.4%, largely due to huge increases in zSeries Mainframes. Although growing fast, non-x86 servers still only account for $2.4 Billion in total sales, or 11% of the global market.

What server brand is best will depend on a variety of factors.

We tackle all of these questions, and more, in our three part series: Server Buying Guide. The guide starts by helping you determine whether you should purchase a physical server or rent an instance from a cloud provider. For those that have decided on owning physical hardware, which to the surprise of many often pays for itself in under two years, the next step is to understand how best to navigate the myriad of configuration options. Lastly, we’ll help you choose the best form factor based on your application uses.

With all that being said, we at SourceTech Systems can confidently recommend the rack and blade server models from Dell and HPE. Whether you need a single server or dozens, whether you want to buy new or save money buying factory refurbished with a 2-year warranty – the servers from these brands offer tremendous longevity and have the backing of a huge commodity of fellow users.

In the market for a new or refurbished server?

Start a chat today with one of our U.S. based team members who can help you save thousands compared to purchasing direct from the OEM