In the previous articles in our server buying guide series, we’ve compared the pros and cons of on-premise vs. cloud servers and provided a guide to help you figure out how best to configure a server including a deep-dive into what options are most important to consider before making a purchase. In this, the final article of our series, we go in-depth on each of the available form factors (rack, blade and tower) and help you understand the differences between the most popular manufacturers.

What is Server Form Factor?

The term form factor used in this article describes the physical shape of the chassis and housing of the server’s hardware. Beyond size and shape, each form factor has its own unique requirements for housing, maintenance and usage. After reading this article, you’ll be able to choose the server form factor that’s the best choice for your datacenter or business needs.

What we’ll be reviewing

Rack servers are a type of higher-end, easily expandable server that can be vertically mounted into physical cabinets called racks. Both the servers, and the racks that hold them, adhere to standardized sizes called rack units (abbreviated as U or RU) that measures 1.75 inches (44.45 mm) in height. Although they’re available in a variety of sizes, the most common height for a standard full rack cabinet is 42U – just over six feet – and while it’s important to keep in mind that power requirements, technician access and cable management can often lower these numbers in real-world applications, conceptually you can think of a 42U rack having the following capabilities:

Most IT professionals who manage medium to large data centers will opt for 2U (and up) servers because the larger physical volume of the taller chassis allows for better airflow and larger, more powerful cooling fans that results in higher heat dissipation. Along with improved cooling, the larger chassis size of 2U (and up) servers means that they can accommodate more drive bays and expansion cards, which increases the overall capabilities of the server. Lastly, power consumption of higher U servers is often lower than a comparable number of single Uservers would be when mounted in a single rack.

What is a socket?

A socket denotes the maximum number of central processing units (CPU) a rack server can be configured with. A 1-socket server supports a single processor, a 2-socket supports up to two processors, a 4-socket supports up to four processors etc…While it’s true that dual and quad socket motherboards, like the uber popular Zeon line from Intel offer significant performance benefits over single CPU motherboards, the more recent advent of CPU’s with extremely high core counts, like the 32-core EPYC/Threadripper line from AMD, have resulted in an increased popularity of single-socket CPU’s for their overall cost-effectiveness.

Blade servers are a thin, modular type of server that mount vertically into chassis to save space and offer improved processing density. The more compact design and mounting arrangement that allows for the potential for higher CPU density is due to the fact that – unlike fully self-contained rack servers – most blade servers are stripped down to only containing CPUs, network controllers and memory. While most blade servers do come with some internal storage options, it’s at a very limited capacity, which means that each blade in the cluster is often set up to utilize shared storage devices that are built-in, or connected-to the chassis enclosure. All other components required for blade servers to operate and connect to the network – like ports, and power connectors and cooling – are also designed to be shared via the chassis of the blade enclosure. Lastly, it’s important to note that while blade servers are often clustered together, by default each unit is setup to operate independently of one another. That being said, IT administrators can use system software to create a blade cluster, which is software that allows a group of independent blade servers to work together as single, high processing density computing unit.

Blade servers are the most expensive, but they offer the highest processing power in the smallest footprint and are easier to manage. Perfect for large data centers.

What’s a blade enclosure & does it fit into a rack chassis?

A blade enclosure is the physical housing that holds multiple, vertically-aligned blade servers and facilitates the connection for the necessary shared components to setup a cluster such as storage, cables, networking, power and cooling. The number of blade servers that will fit into a single enclosure varies by manufacturer, and by the processor count of the server (the higher the processor count, the more width it will take in the enclosure). Enclosures are designed to fit into rack chassis with popular size variants being three rack units (3U) and six rack units (6U) tall.

An IT administrator hot-swaps a blade server from the chassis enclosure.

A tower server, which has a chassis that resembles the size and shape of a standard desktop PC, is in-fact the most common type of server. Like rack servers, tower servers are completely self-contained units and they do not share any components like storage, cooling or power. Although highly customizable, tower servers often come with minimal hardware components and pre-loaded software, as they tailer to plug-and-play administrators and the needs of small to medium-sized offices. The physical footprint of a tower server is quite large relative to the available computing power, so organizations considering this type of server need to make sure they have enough space to dedicate. Tower servers are highly customizable and they can be configured for a variety of purposes including web, network, communication or general purpose.

Who are tower servers best suited for?

Tower servers are perfect devices for small businesses, law firms or healthcare organizations that need a server that can be easily set up and managed without a dedicated team of IT administrators on staff at all times. Tower servers can be used for running internal applications, serving public websites or storing sensitive customer data. Compared to rack and blade alternatives, Tower servers are also much easier and less time consuming to customize and configure based on specific business needs.

According to market research from International Data Corporation (IDC) worldwide server shipments grew 18.4% year over year to nearly 3.2 million units in the second quarter of 2020 and two manufacturers were head-and-shoulders above the rest: Hewlett Packard Enterprise (HPE) and Dell. Although both companies lost market-share compared to the same quarter of 2019, HPE and Dell accounted for a whopping 28% – 14.9% & 13.9% respectively – of all servers sold worldwide. In terms of sales revenue and units sold, HPE came out on top with $3.582 Billion and 456,642 units while Dell, who as recently as 2018 claimed top stop had $3.339 Billion / 432,556 units.

Both Dell and HPE have tremendously capable servers and offer a variety of options for all three of the form factors detailed in this article. As with any battle of the brands there will be loyalists on both sides. The objective in the comparisons below is to capture some of the sentiment from the community of system admins and IT professionals who work on these machines every day so that it might help you the next time you need to make a purchase.

The popular belief among many system administrators and IT professionals is that Dell servers cause the least administrative problems and have the fastest cold starts. Considering affordable prices, they are often the preferred choice both when building storage systems and when organizing solutions for providers. 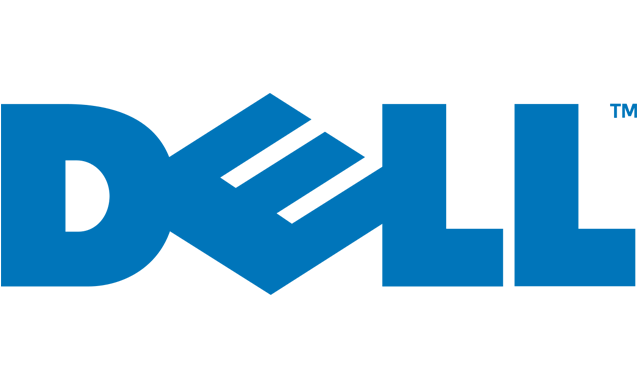 HPE and their line of ProLiant server models are extremely popular, which is backed up by the company’s continued lead in market-share worldwide. This is not surprising since they are characterized by high quality, performance, and good scalability. Also, HPE servers continually improve their monitoring and management technologies.

If you’re in the market for a rack, blade or tower server from Dell or HPE, we have one the largest inventories of new and refurbished servers on the market – and we sell them for thousands less than the OEM. The latest models of Dell PowerEdge and HP Proliant servers, 2-year warranty and US-based phone support on every order. Start a chat today to learn more!

Click here to start a chat with one of our U.S. based enterprise IT hardware specialists

Email us your configuration details, or a competitor's quote and we'll try and beat it